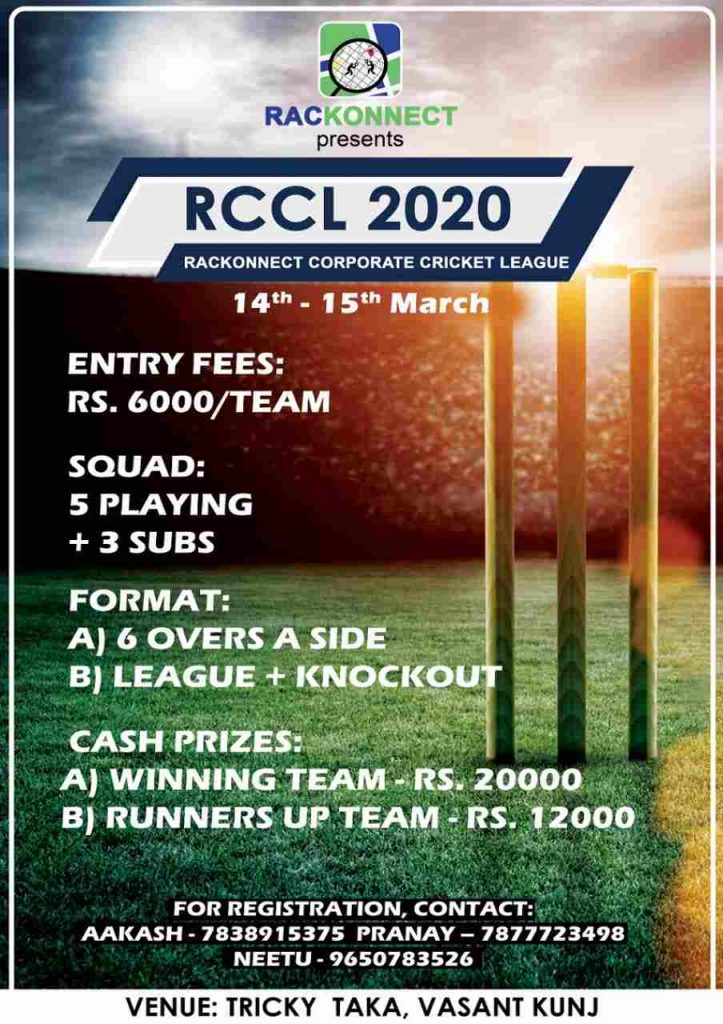 The Rackonnect Corporate Cricket League was a huge success. All the teams had amazing sportsmanship spirit and showed great cricketing action.
The response received from the participants was positive. All the matches played were very competitive and played with high intensity. All the teams played their hearts out but it was Blue Warriors who won the final match against Hammerheads and were crowned as champions.
We would like to thank each and every player for taking out time from their professional schedule to take part in the cricket tournament and making the tournament a huge success.
We will be back again with much more exciting and more competitive events in April. Hope to serve everyone again.

Stay Rackonnected and join us for our next tournament.